All Within Your Reach

The Statue of Liberty, Las Vegas, Elvis, Disney, Hollywood, The Mississippi...Names and places conjure up in millions' imaginations when the mere mentioning of this country passes their ears. The world's most dynamic, most innovative, most everything...No matter what we write, it would still be insufficient to describe what the USA has to offer travelers of all tastes and budgets. One of the largest countries in the world, the United States boasts some of the world's most attractive, exciting sites and sights; nowhere can be seen so much geographical and cultural diversity than in this kaleidoscopic nation: from the East, New York, Boston and Washington DC; to the south Miami, Houston, and Santa Fe; to the north and center Cleveland, Chicago, and Nashville; to the west Los Angeles, San Francisco, and San Diego; and the northeast Seattle and Portland...Big cities with even bigger attractions. But not all is steel, glass, and nightlife; the USA also has some of the world's most fantastic geographic wonders like the Grand Canyon, the impressive Rockies with the USA's version of St. Moritz—Aspen; New England in the northeast with its fiery fall canopies; the southeast with its Caribbean beaches and the Everglades; the south with the Sonora Desert; the west with California and its Mediterranean climate; the Great Plains with endless miles of cultivated fields; and then there's Hawai'i in the Pacific with all the grace and marvel of its colorful beaches. To the far north is Alaska, with its magnificent mountain ranges and unique wildlife. Rest assured—any place you set foot on; you will not be disappointed by any means. 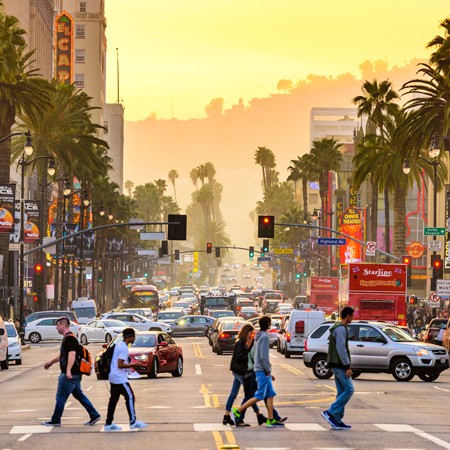 Or "City of Angels" in Spanish is the largest metropolis on the West Coast. But trust us, this city is more than what angels can handle—all the allure and attractions have made the city one of the most cosmopolitan on Earth. Skyscrapers, sumptuous shops, posh restaurants, and miles of boulevards are just a fraction of what this city is all about. Take the time to visit Chinatown and experience a vibrant walkthrough, rich oriental culture, and excitement, or maybe go to Sunset Boulevard to shop with the stars (perhaps even meet one!); or the Chinese Theatre, venue of Oscars and other renowned film festivals. Of course, who can forget! Hollywood! Yes! The factory of dreams, glamour, celebrities, intrigue, action, love, sci-fi, and everything that pours through that silver screen in your living rooms. Nearby is Beverly Hills, where the actors and actresses, the rich and famous, glitter from their lavish villas surrounded by palms swinging at the breeze of fame and decadence. Of course, there's Venice Beach, where all daytime and night-time excitement takes place, and who can forget everything else the city is famous for, like its frenetic life of traffic jams, multiracial crowds sweeping the streets, and the food, the fun and culture. If you wish, you might as well make an effort and pass by the Disneyland Resort in nearby Anaheim and have the distinction of having had the best of LA: Hollywood, shopping, dining, and a kiss with Mickey Mouse! 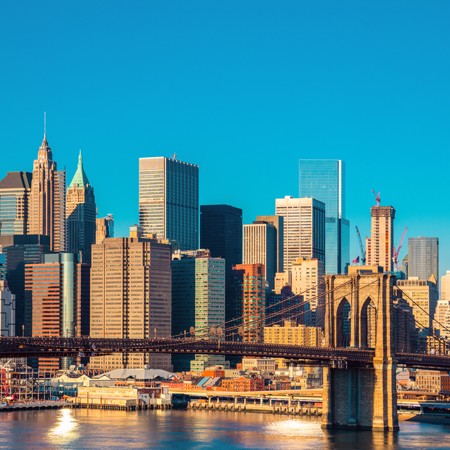 The world's center of business—of money, in a nutshell. "The Big Apple." Of course, the first thing that comes to mind is that stone lady with her torch up high signifying freedom—The Statue of Liberty. So much has been said and written about this powerhouse of the world that no one can even begin to start! But as consolation, you might start with this: it said that standing 1 minute at the nearest crossing on Fifth Avenue means having seen nearly all races on the planet passing by...No exaggeration, New York has always been a mega-magnet for immigrants, visitors, business people, artists and politicians from all over the globe. And as such, New York has gained such an enormous reputation and international renown that it is somehow impossible to imagine a USA—or even a world—without it. Manhattan is where the money of the world is exchanged, tossed, gained, or lost within the neurasthenic trading of Wall Street; Central Park, by contrast, is the city's green, peaceful heart where jogging or strolling takes place only yards away from the frantic life of this vibrant city. There's, of course, Times Square and Broadway, where many theatres offer hundreds of performances, ranging from Shakespeare and Shaw to O'Neill and Miller. There are also endless shopping sectors like the famed Fifth Avenue and hundreds of cafes, all mushrooming around the forest of steel and glass skyscrapers and entire apartment buildings. Broadway's theatres, The Metropolitan Museum, concert halls like Carnegie, the Bronx Zoo, Brooklyn Bridge, the Empire State Building, Washington Square Park, Ellis Island and The Statue of Liberty; the Rockefeller Centre and its famed Christmas lights, the simple act of having a hot dog in any one of its streets, or just walking down by one of them makes visiting New York a must for all bucket lists. Entertaining, exciting, diverse, dynamic, and above all, super!!

Best things to do in USA

A universal symbol of freedom, the Statue of Liberty is America's most well-known icon and giant globally. Standing proudly in New York Harbor, visitants can admire the statue from various points around the city, notably Battery Park, or take a ferry right to the figure.

This mega amusement park in Orlando is the top family attraction in America and has catered to young and old for decades. Inaugurated in 1971, Walt Disney World has maintained its relevance and allure for children and even many adults throughout the years.

Walt Disney World Resort encompasses the various theme parks. It also includes water parks, Downtown Disney with shopping and theaters, and much more, from fine dining to golf. This is a place where you can spend a day or a week.
If you feel the need to touch sand and surf, the beaches of Florida's Atlantic coast are only an hour away.

Lined by a wave wall and promenade, Fort Lauderdale's coastline boasts different beaches along with an abundance of shops, restaurants, and nightlife options.

Also along the beachfront, Hugh Taylor Birch State Park—known as Fort Lauderdale's "Central Park"—features a freshwater lagoon famous for kayakers, cyclists, and anglers. And if you're a scuba diver, head just north of Fort Lauderdale to the small town of Lauderdale-by-the-Sea.

A great way to experience the River Walk—other than on foot—is by taking a 35-minute boat tour, emphasizing entertaining stories about the San Antonio River's deep history. You can combine the boat ride with a hop-on, hop-off bus, or trolley tour and consider adding a stop at the Tower of the Americas or the Battle for Texas Show as well.

Navy Pier is one of Chicago's most attractive tourist destinations—and with good reason. The 3,300-foot (1,010-meter) pier extending into the waters of Lake Michigan, initially constructed in 1916 as a freight dock and public space, encompasses almost 50 acres (20 hectares) of exhibits, rides, parks, and family attractions.

With its vibrant environment and a freakish blend of architectural styles, the French Quarter is easily New Orleans' most famous and most popular area to visit. It's also the city's oldest neighborhood. Its chic streets are lined with an appealing mix of lively bars—especially the legendary Bourbon Street—historic monuments, delicious restaurants, and inviting jazz clubs.

Baltimore's revitalized Inner Harbor features a beautiful waterfront promenade and pedestrian district with shopping, dining, and recreation options. Heralded by urban developers as a model for post-industrial waterfront land use, the area sits along the Patapsco River at the mouth of Jones Falls.

The Florida Aquarium houses more than 20,000 aquatic plants and animals within a 200,000-square-foot (18,500-square-meter) facility in Tampa Bay. The whole family will have this aquarium, offering specialty tours, dolphin cruises, an outside water adventure zone, and an on-site bar and grill. 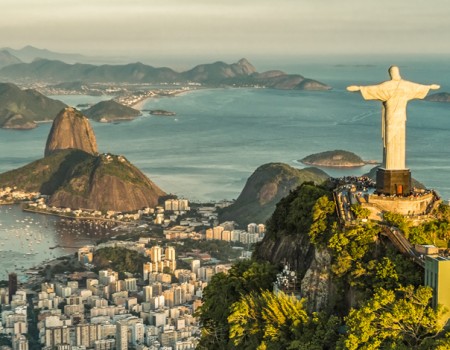 Significant in soccer, samba, carnivals, and above all—excitement and... 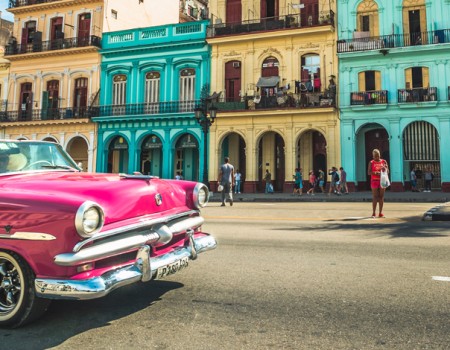 Dubbed "The Pearl of the Antilles", the island is one of those rare ge...